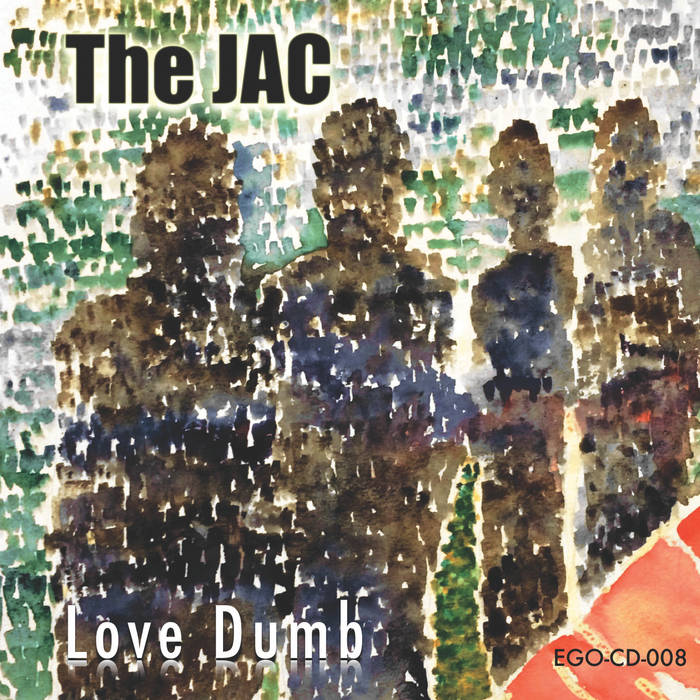 Joe Algeri and crew, Dave Wallace (guitar), Jason Clearly (bass) and Mark Eaton (drums) are back! After the success of Faux Pas the band concentrates on an organic power pop sound and they sound great on the title track. Likewise the Byrdsian “Wherever You Go” is full of jangling goodness and true proof of Algeri’s awesome talents. Yet another cover of Big Star’s “Thirteen” is always welcome, and just to prove he’s loose — he does a corny electro pop tune “Frantic Romantic” better suited to the next Berlin or Kraftwerk album. Gotta love ‘em, as we await more from The Jac.

Joe Algeri and crew deliver a bit of perfectly propulsive Power Pop ahead of an upcoming LP. This one will have you singing along before completing your first listen.

Australian singer-multi-instrumentalist Joe Algeri has played in his share of bands over the years, most recently with the international power pop trio The Britannicas. He occasionally has put out solo efforts under the name The JAC, but on the new five-song EP Love Dumb, Algeri is backed by guitarist-vocalist Dave Wallace, bassist-vocalist Jason Clearly, and drummer-vocalist Mark “Sid” Eaton. Algeri continues to bring his offbeat perspective to catchy arrangements, but The JAC also experiment with a few different styles.

The power pop oriented title track depicts a guy wondering why he’s still in a relationship when both he and his significant other are disillusioned with it. “Frantic Romantic” is a fun song originally done by the Aussie band The Scientists back in 1979, and The JAC use a similar synthesizers and a drum machine arrangement behind goofy lines like, “I like to have nice girls,” and “I touched her lips/I kissed her hips.” Algeri goes acoustic with a cover of Big Star’s “Thirteen,” and “Truly Julie And Terry,” his reflection on the young lovers from The Kinks’ “Waterloo Sunset.” The ringing guitars and harmony vocals on “Wherever You Go” show an unmistakable Byrds influence.

The JAC was a product of Joe Algeri retreating to his home studio and rarely seeing the light of day (unless taking a quick jaunt on his tractor in Byford). A quick solo tour to the US last year has clearly reignited Algeri’s passion for playing live so he has enlisted some friends to flesh out The Jac. Love Dumb is the first fruits of that union.

Inspired by the ‘60s but containing the Perth power pop sound of the ‘90s, Love Dumb, with its chugging guitars and killer hook has all of the ingredients that would see this tune sit happily beside the best of his work with Jack & The Beanstalk. Algeri draws on his fondness for Ray Davies with the subdued Truly Julie & Terry and Wherever You Go is a glass full of sunshine.

You can’t call yourself a songwriter unless you have recorded a version of Thirteen by Big Star, so The JAC oblige. This solo live take finds that Algeri has fine-tuned his voice to bring a richness and some extra sweetness to the table, while Frantic Romantic sees The JAC plug in the keyboards to give the Scientists tune a Marc Almond inspired sheen.

Love Dumb offers a few tunes of the upcoming The JAC album as well as some curios that are well worth the listen. The release of Love Dumb will hopefully drag The JAC to the stages to show off their pretty new tunes.