by The JAC (Christmas Crew) 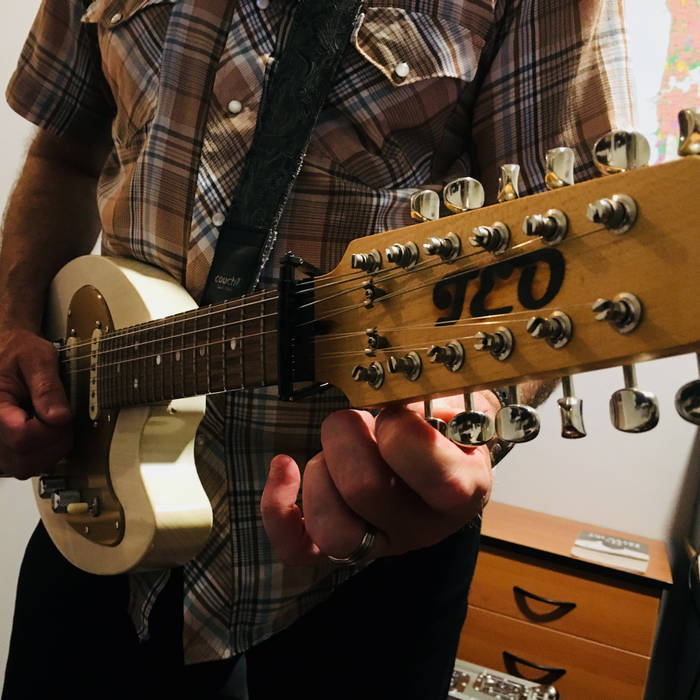 A Petty Xmas (Parts 1 & 2) has a more sombre mood than some of wackier efforts from previous years, a track that slowly builds to commemorate the passing of heroes. It's clearly been another tough year for music lovers of the classic era of rock n' roll - Tom Petty, Glen Campbell, Chuck Berry, Fats Domino and the Young brothers, George and Malcolm. This is Joe's ode to them.

Joe assembled the regular Xmas crew in Kiruna, the northern most town of Sweden and this was preceded by Lars having to attend an intensive 6-week bag-pipe bootcamp in the Scottish Highlands. Joe promised Herb, Stefan, Lars and Andy that there was a great little studio full of vintage gear. When they arrived they realized that 'vintage' meant a computer running Windows 95 and Sound Designer software (the very first version of Pro Tools). A problem throughout the session was that 38, 5.25-inch floppy drive diskettes had to be sourced so that the session could be saved and mixed.

Extra guests that were also flown in on a special charter flight this year were Grant Ferstat for some tasty additional guitar, Professor Pieter Von Juncken on Trombone and Ian Freeman to top off those magic 3 part harmonies.

Once convened, everyone complained about the cold and darkness in Kiruna except for Ian who looked absolutely dapper the whole time in his long Pavlovian trench coat and an impressive collection of cashmere scarves. Otherwise, it was a relatively quick and trouble-free session.

The only delay was with Grant's boutique hand-wired amp. You see, Grant does not want his sound spoiled by cheap Chinese solder in point-to-point wiring. Specifically, all of the wires, capacitors and valves have to be held together by hand and a large group of specially trained oompa-loompas had to be bussed in from Germany just to literally hold the whole amp together while he played. The effort was well worth it though (and Oompa-Loompas also brought with them some badly needed floppy disks).

Following the final mix, the after party was also surprisingly without (major) incident. Stefan uncharacteristically purchased pizzas for everyone, the ever reliable Herb had brought over a box of Cuban cigars and Joe provided the local Surströmming (fermented herring) and snaps.

The first to leave was Professor Von Juncken (together with 2 Oompa Loompas in safari suits...don't ask). The last were Grant, Andy and Lars. In fact, they are still in Kiruna talking 'tech' - guitars, amps and pedals and the conversation shows no signs of ending any time soon.

A Petty Xmas is a tribute to all our heroes known and unknown in 2017. From beginning to end the tune takes you on an unexpected journey to its ultimate crescendo, enjoy.

It’s all black and white teenage screams
You kept your eye on the ball and your hands on the wheel
And you stayed there, you stayed true
When everyone else was losing their way

It’ll never be the same without you….

Bonobo stops by to talk about his new record Fragments