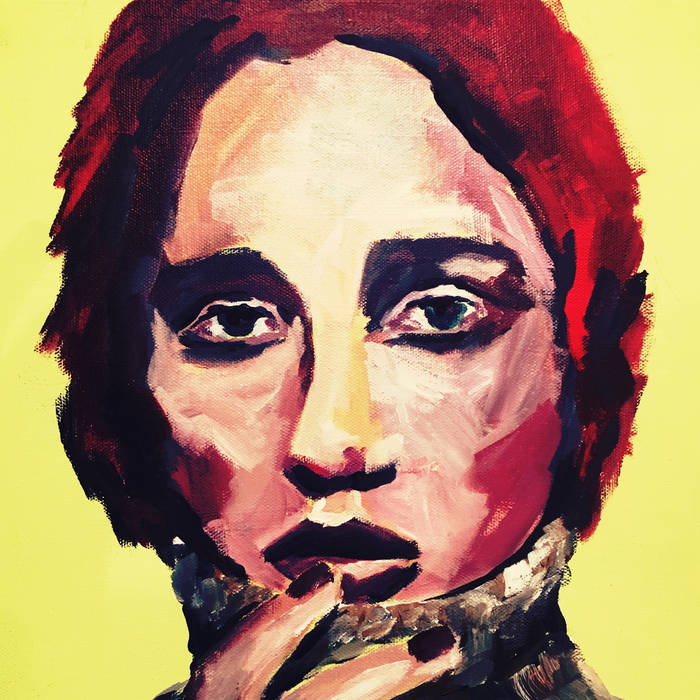 Golly, we're into our 15th year! Every year I'm honoured to be invited to document the recording of the annual festive song by the JAC 'Christmas Crew'. Featuring 7 musicians from around the world plus Erika, this year's track "Christmas Without Maria" did not fail to disappoint in terms of the usual, unpredictable antics. Luckily, it turned out to be a damn fine tune in the end.

The regular crew met outside the White House in Washington DC in mid-November. You would have thought that after last year's US debacle Joe would have learnt his lesson but no, in his infinite stupidity, he thought that recording a song on the back of a truck in front of the Oval Office was going to be a good idea. Needless to say, the Secret Service didn't think much of the original composition, "Donald Trump can go grab himself". Joe is now banned from the US for 5 years and poor Herb suffered the humiliation of being kicked out of his own country twice in as many years.

At the suggestion of Andy, the band relocated to a little studio in the village of Rovaniemi in the Lapland region of Finland. It's the northernmost studio in the world run by a rather pleasant chap called Vittu Molopää. When Vittu heard the original song, he protested and suggested that a Xmas song should have a nice, feel good message like "We Are The World". At that very moment both Joe, Lars and Stefan became violently ill and vomited all over Vittu's vintage Ampex 3 track recorder. Luckily, after the mess was cleaned up no damage was done but Joe took heed of Vittu's suggestion and the best he could do was write a new track called "Christmas Without Maria".

Recording commenced after Andy scoured the country for 27 vintage AC30 and AC50 Vox amplifiers. After one take, Paul Colombini (who had travelled from Perth with Joe) simply packed up his Stratocaster and went home. Paul thought 3 days with these loonies was enough.

Unusually, it was smooth sailing thereafter even though Stefan was highly suspicious that the drums on the final mix didn't really resemble what he played on the take. There were also protests from Lars who played a traditional Icelandic Langspil which now sounds like an 80s synth. However, Herb's bass sounded like a bass because Mr. Producer never forgot that black eye from 2009.

The final touch was backing vocals by Erika and Lydia who then said they were just going to pop out for a bit of Christmas shopping during the mix. They called 5 hours later from Oslo complaining that all the credit cards were maxed.

This meant that Joe had to leave the after party early but as a little gift, Andy and Vittu made him a little take-away cigar full of dried elk shit. Joe sent a fax from Dubai Airport on the way back home claiming it was the best shit he'd ever had. Lars and Stefan laughed so much they had to be hospitalised for an acute case of Schadenfreude.

As always, their efforts were again worth it. "Christmas Without Maria" is a sentimental yet powerful jangling number. I love it like every year, I hope you do too.

Australian multi-instrumentalist Joe Algeri performs as The JAC in addition to his work with The Britannicas, The Jangle Band, and The Outryders, and gives the world a new Christmas song each year. 2017’s “Christmas Without Maria” features Algeri on lead vocals and 12-string Rickenbacker, along with his wife Erika and daughter Lydia on backing vocals. There’s also a Christmas Crew comprising bassist Herb Eimerman, drummer Stefan Johansson, keyboards player Lars Brussell, guitarist Andy J. Prinkkila and guitarist Paul Colombini. This this catchy, 1960s-flavored look at heartbreak during the holiday is available as a free download on Algeri’s Bandcamp page.

Aussie Joe Algeri is one of those unsung toilers in the power-pop world, and we've featured his Christmas work here before, usually when it appears on one holiday compilation or another. I'm pretty sure we don't have a complete archive of his holiday repertoire here, which is a shame, because he's done some fine work, of which this 2016 tune is just the latest example. Get yourself over to Bandcamp and get it, 'cause it's just straight-up free and worth risking your data cap to own.

Tis the season to be jolly, as if you didn’t know, and Perth-based international pop collective The JAC have a Xmas present for us all.

The JAC is Perth musician Joe Algeri whose bands include Jack and the Beanstalk, The Britanincas, The Outryders and, most recently, The Jangle Band.

Each year, Algeri releases a Xmas song. On “Christmas Without Maria” Joe’s on vocals and guitar and he’s ably assisted by The Christmas Crew. On this recording, they’d be Briitannicas bassist Herb Eimerman (USA), Swedes Steffan Johansson (the Lemon Clocks, the Melted Hearts) on drums and Lars Brusell on keys, Finn Andy J Prinkkila (the Lieblings, the Sugarrush) on guitar and Paul Colombini (The Outryders) on guitar. Egomaniac Music personnel Erika Algeri and Lydia Algeri assist on backing vocals.

Recorded over the Internet in various studios around the world, it’s a free Bandcamp download - so get to it.

Every year, Joe Algeri (aka The JAC) offers up another slice of Power Pop Christmas heaven. It's usually accompanied by a nice piece of dry wit explaining how the new track came to be, the hazards overcome, the in-studio fights over artistic direction. It's brilliant stuff, really.

Joe's been at this Christmas song game for, what, 15 years now? He truly is a genius. Usually, he'll toss in some unusual instruments like a sitar or a theramin or something. But "Christmas Without Maria" doesn't seem to have any of that. It's just a good old fashioned jangly Rickenbacker guitar straight ahead Power Pop Christmas tune (just like the ones we used to know).