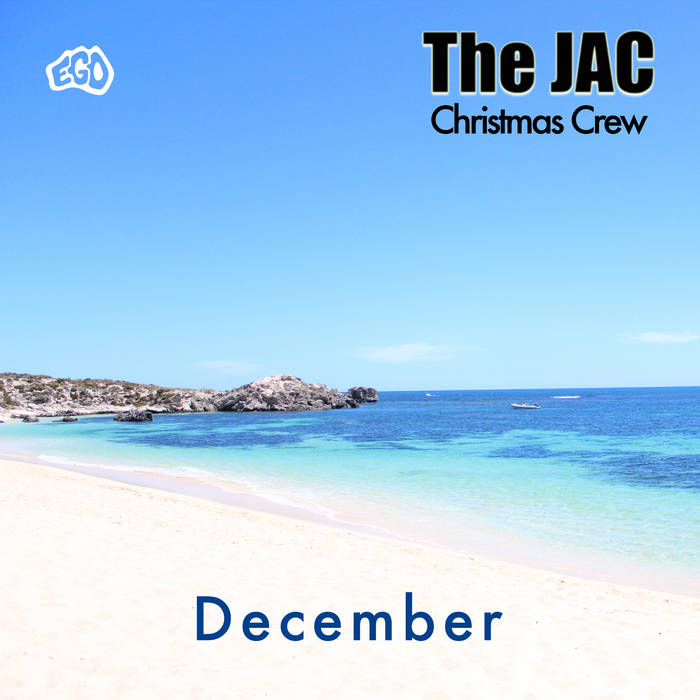 Where do the years go? This is the 18th year Joe has released a festive tune and I always wonder what could he possibly do differently each year? It never ceases to amaze me how Joe and the aptly titled 'Christmas Crew' come up with something unique each time and how they record in circumstances that are quite simply more and more bizarre every year.

This year's bombshell was that Joe decided that the song was going to be recorded on a standard domestic computer with Pro Tools software in his home office and - wait for it - he was going to record a backing track that he would email to everyone and the Christmas Crew would record alone in their homes in their respective parts of the world. Everyone would then email their parts back to Joe to mix together... what a mess!

Now I've known Joe for over 2 decades and I do think he's a talented chap but I must say he does have his moments and this idea really takes the cake. I still can't comprehend the sheer and utter stupidity of music being recorded into a computer with no studio equipment (except for a microphone) and furthermore, that multiple musicians in different countries could then separately record a song together this way??!!

Andy from Finland thought it was a joke and laughed so much that his resultant hernia injury was so severe that he was hospitalized for 3 weeks and he completely missed this year's session. As for the rest - Herb, Stefan and Lars - they were just angry, really angry. They've all put up with different shenanigans in the past but they couldn't fathom how ridiculous this particular scheme was.

After many tense phone conversations, Joe realized that this wasn't going to work and all band members promptly convened at a small studio in Eucla, Western Australia, one of the most isolated coastal towns in the world. As a former telegraph and then radio station it was chock full of analogue audio equipment and they were able to record live, together, as they've always done. From that point onward it was just a pleasant experience all the way through to the final mix.

Steven Mancini from the regular (non-seasonal) line-up of The JAC filled in for Andy and did an amazing job on lead guitar and also got to taste his first Cuban cigar which Herb always brings to the after party. Lars' string score was superb and the ever reliable Stefan on drums never misses a beat.

The isolation of Eucla was the perfect setting for the recording of the sentimental and slightly sombre, "December". Sitting on the beach facing the Southern Ocean as I played the final mix I thought, is this Joe's first Baroque masterpiece, all in under 3 minutes? It has an unusual 60s Left Banke meets 70s Soft Boys feel which just sounds epic to these ears.

Even if it's dark in your part of world, "December" will brighten up your festive season. I hope you enjoy it as much as I do.

The JAC is back! JAC in the house! (What'd you expect? JAC in the box?)

Every year, Joe Algeri, one of our favorite makers of musical mirth and merriment, drops off a Power Pop pleaser to kick off the countdown to Christmas (mmm. Thought I was gonna be able to work in the word "candy cane" there. And "curmudgeonly". Ooh, that's a good word, "curmudgeonly".). I seem to recall I used to write some very unfunny absurdities to mark the occasion, but I don't write as well as I used to (on the bright side, I'm every bit as unfunny). Thank goodness, Joe does (write as well as he used to, I mean). Now, normally, Joe's Christmas cards are set for delivery on December 1. But we're giving you a little head start because I've got a bunch of doctor stuff this week and, besides, Joe said I could.

This year's holiday ginger snap is "December", a tale of a man who sounds like he's living on a desert island. But it only feels that way because of the girl who left her tattoo on his heart. "It's a jolly time of year for most/Except for those with affection for a ghost." Still, it's probably worth mentioning that Joe lives in Australia where December is pretty much a summer month. Somehow, knowing that makes lines like "no warmth in too much sun" more meaningful to me. Context.

Ah, screw context. Joe makes great music with jangly guitars and poetic lyrics and a sound that's like catnip to me. And you know you feel the same. You do. Admit it. So just go download "December" already. What, you're going to wait two more days to be polite? I didn't. Somebody offers you a great song for free, you take it and say, "Thank you, sir, may I have another?"

Speaking of which, Joe Algeri has got quite the catalog of festive favorites, many of which are included in "I See Things Differently: Greatest Xmas Hits, Vol. 1 2001-2012". You know, in case this is your first time here or you missed a few. The Christmas stuff is free, you know--Joe's gift to us all. As Joe hasn't yet accumulated enough for Vol. 2, you'll have to pick those up individually. You're very intelligent; I'm sure you can figure it out. Trust me. Every last one is a masterpiece. Joe told me so, himself. Head straight to Bandcamp for the whole lot.

Oh, and as long as you're going that way anyway... It seems Joe's been holding out on us as he also produced (and played on) a Christmas single for Herb Eimerman and never said a word. That bastard! Herb's the bass player for The Christmas Crew and also has quite a catalog of solo work. "Don't Ask For More" has the sound of an old Byrds tune (thanks, in no small part, to Joe's Rickenbacker) and, like "December", it's free.

"Thank you, sir, may I have another?" Next year, kid. If you stop calling me a bastard. Next year.

It's a jolly time of year for most
Except for those with affection for a ghost
It’s a memory like a children’s book
I know every picture, all the words, and every feeling shown