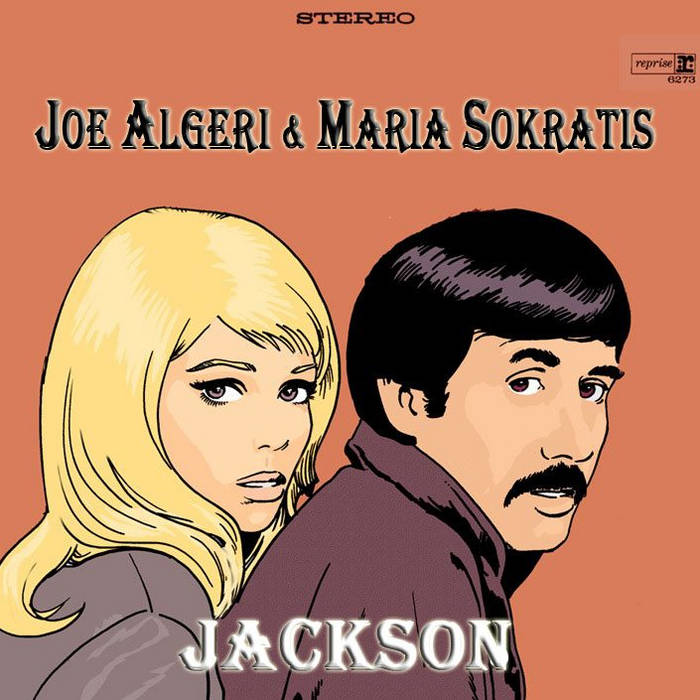 Maria lives in Victoria and Joe in Western Australia. When they decided to do a cover of the Jerry Leiber and Billy Edd Wheeler classic, "Jackson", the most logical thing to do was to meet half way in Nullarbor Desert to record it. Easier said than done.

Joe left home with a harmonica in the wrong key. Maria convinced good friend Ernie O to pack all his recording equipment in 4 x 2 trailer and off they went.

Sitting around the campfire in the cool desert air some nights later, they realised that they had completely mixed up the vocal parts; the problem being Maria having sent Joe instructions in Greek and Joe back to Maria in Latin.

Then things got really weird.

Joe was ready to overdub a lead guitar track when they were abducted by aliens in a rotating flying saucer… smack bang in the middle in Australia where no one else could see! They were friendly aliens though; green with skinny bodies and large heads. One of them “Vorko” took out this weird synthesizer that looked like some mutant version of an ARP 2600 (although Ernie still thinks it was more like an EMS VCS3). The aliens finished the overdubs and helped Joe mix the song.

Days later they all woke up back in their respective homes where they found their supper waiting for them… and it was still hot.

True story. Even after Joe’s regular electroshock therapy sessions, details of the abduction are even clearer to him now.

Joe and Maria hope you like the end result. And if you don’t - quite frankly my dear - they don’t give a fuck.

Available as as bonus track on the CD version of Faux Pas:
joealgeri.bandcamp.com/album/faux-pas

All vocals by Joe & Maria.
All instruments and recording by Joe (& the Aliens).
Additional recording by Ernie 0.
Mixed by Joe.