Merry Christmas (around the world) 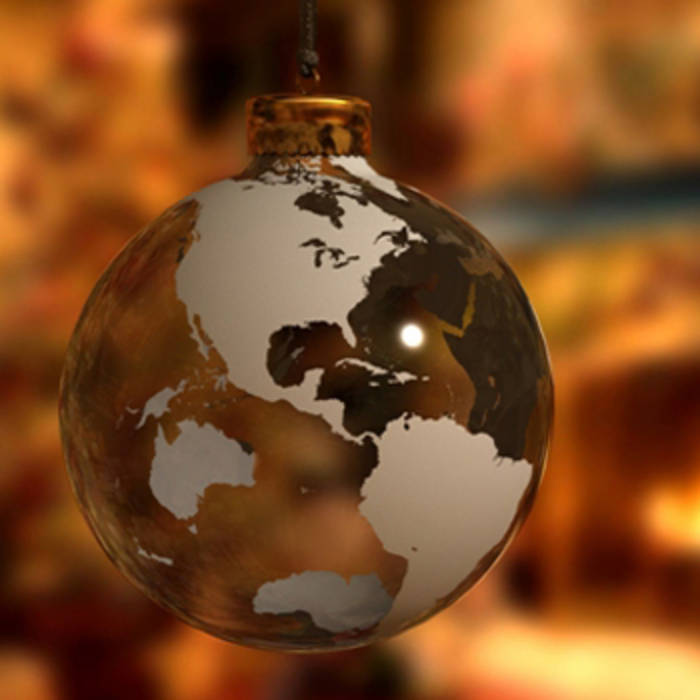 Originally released as JOE ALGERI & THE SUGARBRITS in 2011. Here's what Mal Hope from Spinning Top Records said at the time.

"Having followed Joe's career for many years it's always a pleasure to be asked along to the recording of his annual christmas song. You never really know what to expect; every year is different.

This year Joe assembled "the Sugarbrits" which included all the members of Finnish indie-rockers, The Sugarrush. Given the strong Nordic presence it was decided that the song would be recorded at Kuksugare Studios on the Swedish island of Gotland in the middle of Baltic Sea. Two full days were booked for the 21 & 22 November.

Like most years, this recording was not without it's dramas.

The day he was meant to fly from Australia, Joe's friend Terry decided to book himself into more rehab at the Joondalup Health Campus and completely missed the sessions. His tracks were recorded on his iPhone and were then sent to Kuksugare in Gotland.

The next set of dramas were at the initial tracking. Andy, who in true Sugarrush style insisted on recording all the guitars himself, also insisted on a multi-mic setup that left only one SM57 for the drums. He and Paati had an enormous fight. Not happy with a mono drum recording, Joe eventually brokered the peace and re-recorded Paati after completion of all the guitar tracks.

It was a fairly quick and trouble-free session thereafter except for 6 hours that Joe and Lars (a stalwart of Joe's Xmas recordings) spent on trying to make an electronic piano sound like a Hammond organ, only to find there was a real Hammond in the studio!

After the final mix was the traditional after-party which is always an event in itself. This year Joe missed it completely. Why? He was obsessed with the idea that there should be dwarves walking around with bowls of cocaine on their heads. He wasted 24 hours scouring the island to find willing dwarves... he only came back with a shaved eyebrow the next day. I didn't even want to ask.

In Joe's absence the boys (particularly Coma and Paati) were incredibly appreciative of Herb's Cuban cigars.

Then things got really silly. Police were called to a break in at the studio. Who was it? Terry - who eventually did fly in from Australia - and was adamant that he was going to record sleigh bells and remix the track himself. After some tactful negotiations by Lars and the Sugarrush boys (who all speak Swedish) the police and the studio owners eventually decided not to press charges and released Terry on condition he fly straight back to Australia.

The final incident was a massive fight between Joe and Herb when Joe announced that next year's track would be in a hip hop style about mating reindeers. Poor Coma received a black eye in the crossfire trying to pull them apart.

I must say I've met Herb a few times now and he is always the consummate professional; a talented musician, enthusiastic and generally an absolute pleasure to be with. It's incredible that Herb has put up with Joe's shenanigans for so long.

So what are left with? Well, after all of that we have a fantastic, arse kicking Christmas tune that rocks more than any other that Joe and his merry rogues have ever produced. Enjoy and Merry Christmas... from all around the world.

We don't have to get up early to go to the airport
We don't need to take a boat, train or drive
And Just because we're staying home
Doesn't mean we're all alone

Alex Rita and Errol from Touching Bass feature in our special London edition of the Bandcamp Weekly.